Barbie Cotik, CEO of Activity Blizzard, will lead the company for another year.

Former Barbie Cotic announced on the 26th that Bobby Cotick will be appointed as CEO by next year at the regular shareholders' meeting. According to the disclosure, 82.9% of shareholders participated in the annual shareholders' meeting on the 21st, and the agenda for the Barbicotics one-year re-credit was approved for 91%. Barbicotics remains in the company until Microsoft's Activity Blizzard ends. 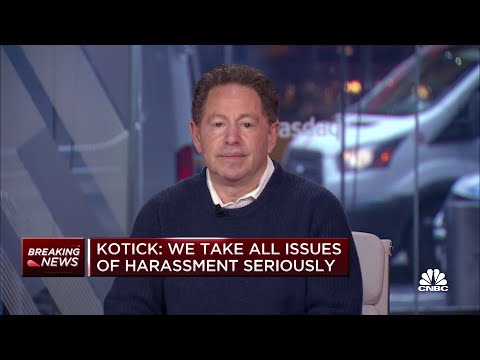 Bobby Cotik has served as CEO of Activity for about 30 years from the early days of Activision and has contributed to the establishment of the current Activision Blizzard. However, he has been criticized for emerging as the center of in-house discrimination and sexual harassment in July last year. He was initially reported to have assisted these problems, but he was suspected of gender discrimination by the Wall Street Journal in November last year.

In addition, the shareholders' meeting has been on the agenda of the New York State Audit Officer, requesting the company to openly report on the recent controversial and sexual discrimination and sexual harassment. This originated from the distrust of the report of the workplace harassment survey reported by Activity Blizzard, which was announced on the 16th. The report claims that Activision Blizzard has not helped in-house sexual harassment. Shareholders agreed with the agenda.